From Our Blog: Dragon Quest III, Legendary Game of the 90s

Dragon Quest III, which was released for the Android and iOS platforms in early December 2014, is one of the games that was previously credited with introducing the famous game developer and publisher Enix to the world game arena. 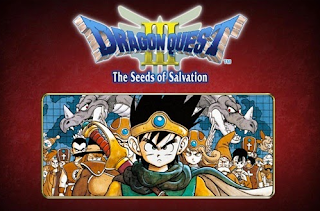 Dragon Quest III was originally launched for the Nintendo Entertainment System (NES) and Super Famicom consoles in the mid-90s, now Square Enix gives bandrol $ 9.99 for those who want to reminisce and play this legendary game through the booths in the Android and iOS device application market.

You will play as a son (or daughter - you can choose gender at the beginning of the game) a hero who is required to meet with the king of your lord at the age of 16 to then be sent on an adventure to save the world. The developers of Dragon Quest III do not really think about the originality of the story which is quite standard.

Because this game is still not really developing in its era, when transferred to the Android and iOS platforms, you will still face the ‘void’ same story. You will not care about the characters and figures who enter your army because they are just empty characters that you meet in restaurants and you fight.

Even without a detailed story, you can still enjoy it. Being the third part of the Dragon Quest trilogy, the location used in this game is different from the first and second games and the timeline is set many years before the first game is said to take place.

It is the main villain named Baramos who threatens to destroy the world and your duty as the son (or daughter) of the hero Ortega to subdue Baramos. Your task is the command of His Majesty the King Aliahan who challenges the hero to follow in his father's footsteps.

So the hero set out to fulfill his father's last assignment, to hunt down the villain Baramos.