From Our Blog: Call of Duty: Heroes, Clone Clash of Clans with a Gun and a Tank

Wegner.tech Call of Duty: Heroes are Clash of Clans. Seriously, those two games are almost no different. All the formulas are there, building headquarters, implementing lightweight strategies, online connections through social media, and tons of material that can be purchased through In-App-Purchase.

The only uniqueness that Call of Duty has: Heroes is probably the boost feature called 'Killstreaks' where you can carry out a barrage of attacks to fill the screen and get insistent bonuses too, a kind of freak mode which is an all-out attack style after getting Power Up. 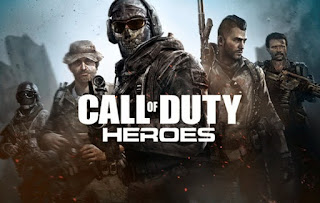 If you are not a fan of the one-dimensional characters who always appear in every Call of Duty series, chances are you won't like this war strategy game. You can skip it if you want. But if we love dying with Call of Duty then just think of it as a new, different experience.

Army? Right. In this game you will command an army of legendary heroes, elite soldiers and deadly drones that have previously appeared in the Call of Duty franchise, especially the Modern Warfare and Black Ops series such as Captain Price, Soap MacTavish and Mike Harper.

Call of Duty: Heroes has a single player campaign mode but like Clash of Clans, what's interesting in this game is of course the multiplayer feature. Like CoC, in CoD Heroes, you can join an Alliance with 25 other players. Fellow members of the alliance can share supplies and troops which will certainly be useful when you are attacked by other groups.

Finally, equip your base and train a special force that can dominate warfare that will present heroes with which you can control your movements and lethal Killstreaks. You can take over one small outpost and turn it into an impregnable fortress.

Call of Duty: Heroes is available free on Google Play with the In-App-Purchase option