From Our Blog: Xiaomi promises to optimize ads on MIUI

Despite being one of the most popular OSs, MIUI has received a lot of criticism in recent months because of the presence of advertisements that are sometimes too annoying. Xiaomi confirms that the ads will not disappear completely from MIUI, but Xiaomi has promised to make some improvements.

Xiaomi's General Manager for Internet Services, explains what will be done to improve user experience while maintaining advertising.
The algorithm is used only to display ads that are relevant to the user's interest. 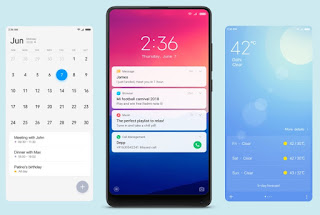 However, it is possible that a new algorithm for displaying advertisements will be introduced with MIUI 11, the new Xiaomi smartphone OS will be released in the next few weeks.

It is worth mentioning that based on netizen feedback, Xiaomi Mi 8 today has received an update to the OS version of MIUI 10 9.5.22, adding DC dimming. The new Xiaomi DC dimming solution uses a switching mode, the brightness mode still integrates Xiaomi's self-development algorithm to add a “true hardware” DC dimming solution to the OLED display driver IC.