From Our Blog: First impression of holding the Xiaomi Redmi Note

wegner.tech - After marking its inaugural debut via the Redmi 1S smartphone, Xiaomi, a rising gadget manufacturer from China, will soon market its second product of the type "phablet".

The device called the Redmi Note carries a larger screen size compared to the Redmi 1S, along with a row of different hardware components.

Kompas Tekno briefly tried the Redmi Note during its introduction in Jakarta last Thursday. What does the impression look like? Follow the following brief review. 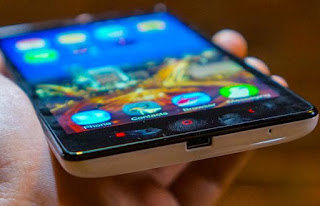 The screen span is 5.5 inches, the thickness is almost 1 cm, and the weight reaches 200 grams in accordance with the predicate "phablet" embedded on the Redmi Note.

The front of the Redmi Note is dominated by a glossy black bezel thick enough around the screen. IPS phablet's LCD panel looks quite brilliant and sharp with a resolution of 1280x720.

Just above the screen there is a 5 megapixel camera, while underneath there are three softbutton buttons with a red label for navigation purposes.

Because it has a more or less similar design, the Redmi Note looks very similar to the Redmi 1S. When juxtaposed, the Redmi Note arguably even looks like a wider version of the smartphone.
Redmi Note still fits in the hands of an adult's hand, but its slippery body surface - including the back cover - slightly reduces comfort because it can easily slip from the hand.

Global VP Xiaomi Hugo Barra said it would market the back cover accessories for the Redmi Note. Maybe the slippery impression can later be reduced by using a textured cover or a rough surface.

The back cover of the Redmi Note made of white plastic can indeed be removed to access two SIM card slots and a micro-SD memory card that is behind it, also a battery with a capacity of 3,100 mAh.

Still around the back, here there is also a main camera with a 13 megapixel resolution which also features an LED flash.

Under the battery compartment is a speaker grill that transmits sound through the hole in the back cover. 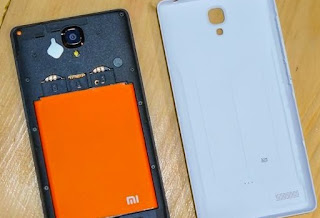 Inside, the Redmi Note is powered by an octa-core MediaTek MT6592 processor with a speed of 1.7 GHz, 2 GB RAM, and 8 GB of internal media capacity. These specifications make it have higher performance than the Redmi 1S which is only equipped with a 1.6 GHz quad-core processor and 1 GB RAM.

This phablet is also called ideal for playing games. In the introductory event in Jakarta, Barra had demonstrated the ability of Redmi Note by playing the game Riptide 2 and Asphalt 8.

The two racing-themed titles do look to be run smoothly with a frame rate called Barra in the range of 30 fps and above.

Rather than waiting longer to get Kitkat on the Redmi Note, Xiaomi chose to market the device as soon as possible in Indonesia.

This phablet is planned to go on sale through the Lazada online store which is Xiaomi's official partner in Indonesia. The price is set at around Rp. 2 million.